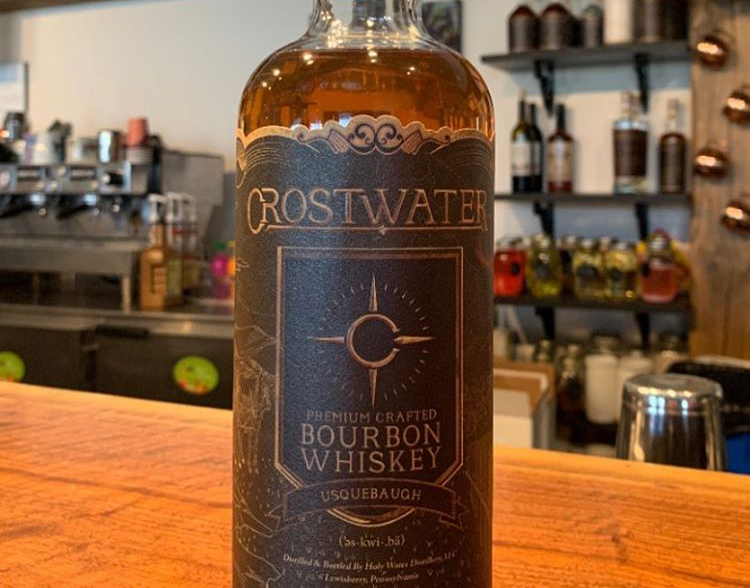 Weekends are typically the time when distilleries release spirits but Crostwater Distilled Spirits in Lewisberry, PA (just south of Harrisburg) is going with a Monday release. Today, August 31st, they are releasing a new batch of their Crostwater Bourbon. Made with Pennsylvania corn and a mash that also contains rye and malted barley, the bourbon is aged at least a year before bottling.

Described as having notes of lingering sweet caramel with “smokey notes on the nose and the back of your throat. It is not harsh or bitey. “

Available for pickup or local delivery, Crostwater Bourbon is $39.99 (80 proof). Due to the small batch size, the distillery is not taking pre-orders.

Crostwater already has October 16th marked on its calendar for a rye whiskey release and is also working on a bottle Pennsy Local has a well know weakness for, a version of the Pennsylvania classic, Rock-N-Rye.