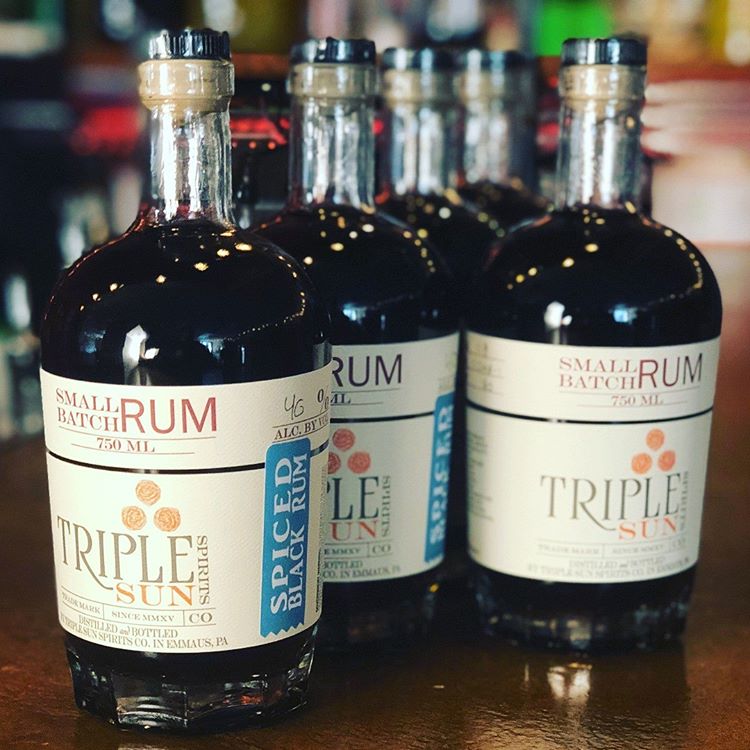 Triple Sun Spirits with locations in Emmaus and Newtown, released a Spiced Rum this past weekend. The rum is made from Caribbean sourced molasses and conditioned in American oak. The black rum is then enhanced with a cinnamon-free maceration featuring Triple Sun’s blend of Madagascar vanilla, orange peel, crushed nutmeg, whole clove, cardamom, peppercorn and star anise.

The Newtown location will have pizza and barbecue this weekend in case you need more motivation to leave your couch to pick up a $39 bottle.

The spiced rum is also being featured in these cocktails at the Newtown tasting room: