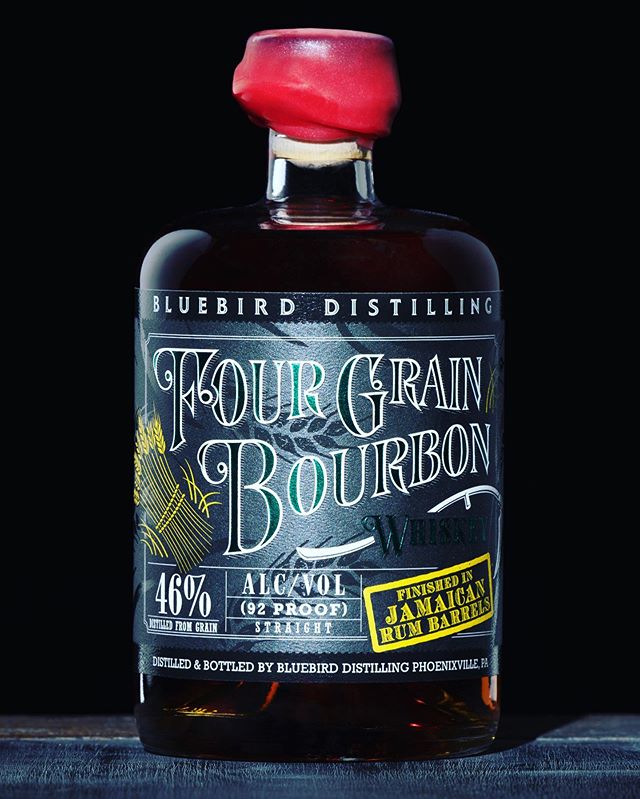 Bluebird Distilling officially turned five back on June 23rd of this year and that usually means a blowout party but this year is different, cause ‘rona. But this weekend the Phoenixville distillery is celebrating (safely) with a new open-air pergola, expanded outdoor seating area and a two special spirit releases.

Bluebird is releasing its fifth anniversary, five year bourbon finished in Jamaican rum barrels. Touted as a “Bourbon Vacation,” Bluebird’s four grain bourbon is aged in new American oak for four years and then finished in dark Jamaican rum barrels for an additional year. The result is described as starting “with rich notes of caramel, toffee and tobacco, finishing with a solid punch of bananas, cloves and dried fruit.” 750 ml bottles will be available for $59.99.

The Bluebird van will be parked out front offering cocktails to go or stay. Hours will be Friday from 2 to 10 pm, Saturday and Sunday from 1 to 10 pm. The expanded outdoor seating will offer 40 people socially distant seating. Tables are first-come, first served.

The 5th anniversary bourbon will be joined by an all-new Citrus Vodka ($29.99 for 750ml) which is made with 80 pounds of orange and lemon peels. And if you can’t make it to the distillery, have no fear, PA residents can also get it shipped to them.