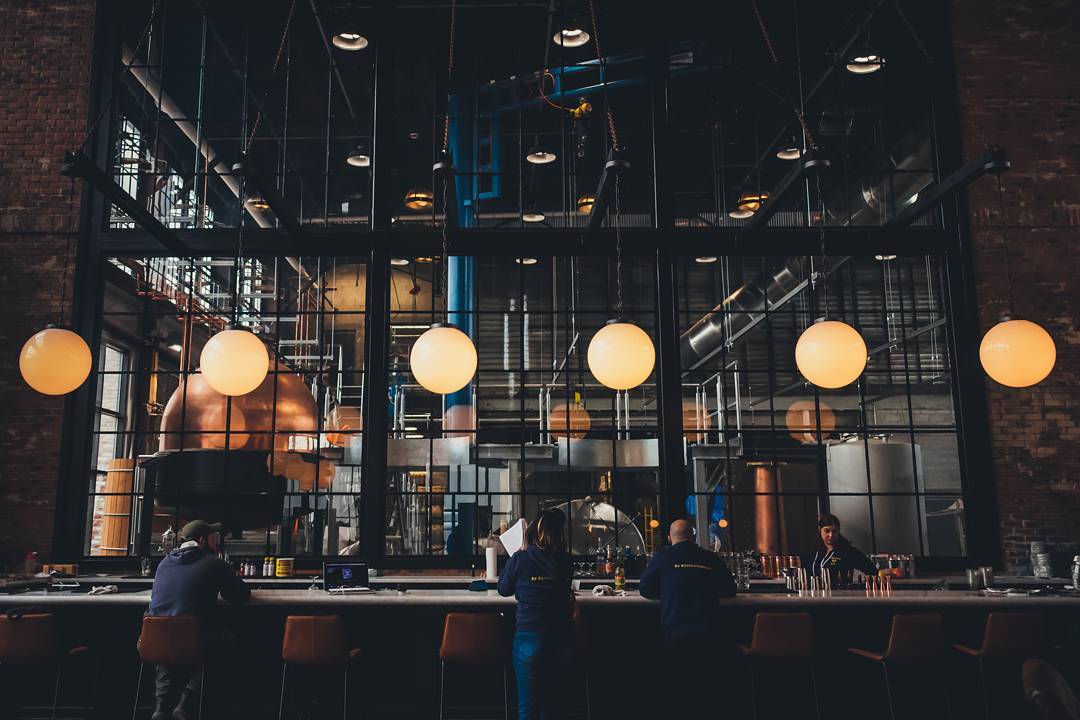 Philadelphia Distilling has been moving towards its opening date of its Fishtown distillery for a long while now. But the maker of Bluecoat Gin has announced that its going to open on Sunday, February 19th with an official ribbon cutting will happen on Monday, February 20th, Presidents’ Day.

Tours of the the distillery, which is the latest attraction of the Fillmore entertainment complex are set to begin on Thursday, February 23rd.

Tours can be booked online and are available Thursdays through Sundays.

The distillery is open to the public Thursday through Sunday, 1 p.m. to 9:30 p.m.

Philadelphia Distilling’s new distillery is located at 25 East Allen Street in Philadelphia, next to I-95, just down from SugarHouse Casino and a stone’s throw from Fishtown’s epicenter of Frankford and Girard.