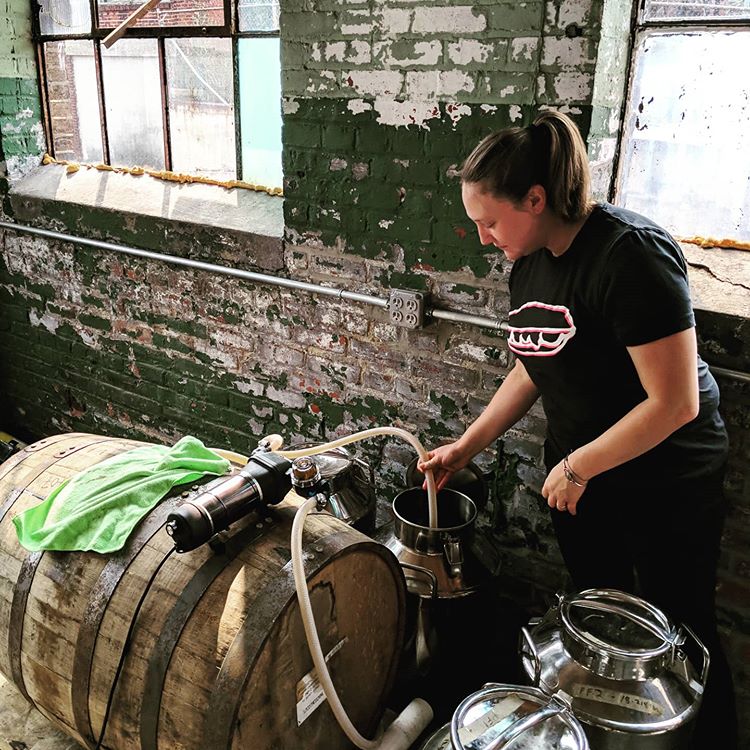 Back in February, Dean Browne closed up his Rowhouse Spirits on Frankford Avenue in Kensington. Plan was to get more space to accommodate some new projects and reopen. But plans and 2020? Well yeah, 2020.

Browne has persevered and wound up landing in East Germantown, at 4717 Stenton Avenue. The Philadelphia neighborhood is suddenly attracting exciting businesses as Attic Brewing, Deke’s BBQ and Merzberger’s of Germantown, the re-branded and retail facing Philly Bread, have all opened their doors nearby.

The new distillery will allow for more flexibility on the retail side of the business and additional space for larger projects. Brown tells us he’s helping relaunch a Pennsylvania family whiskey brand that died out, like so many Pennsylvania whiskeys with the start of Prohibition. He’s also “working with some new friends to launch a very traditional and high quality Arak.” Arak, for those who haven’t run through the cocktail menu at Suraya, is a milky Eastern Mediterranean spirit made of grapes and anise.

As for the Rowhouse brand, he’s trimming those offerings down to the basics, focusing on gin, rum, Akvavit and Malt Whisky. The first Rowhouse product to be reintroduced will be a limited release of the gin. Distilled in Kensington and bottled in Germantown, the spirit will bridge the two locations.

Don’t expect retail at the Stenton Avenue location till later this year and the liqueurs may make a seasonal return, but not till 2021. Here’s hoping these plans don’t get scuttled.

One Reply to “Rowhouse Spirits Plants Roots in Germantown”