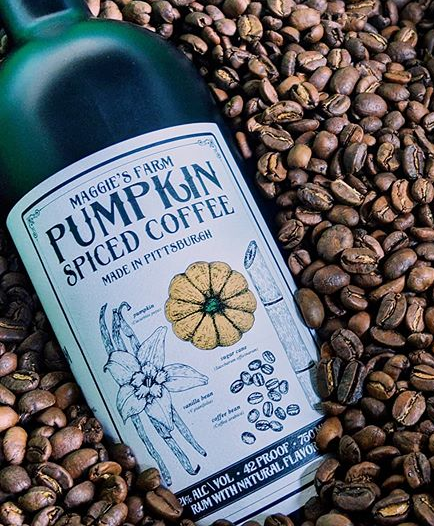 Pumpkin creep is a thing. Pumpkin spiced lattes show up in August now. It feels like every year, pumpkin beers hit shelves earlier. And distilleries aren’t immune to pumpkin season either. And maybe it’s the first weekend of the NFL, or the crispness in the air, but we’re not even that mad about it.

Here are some ways to spice up your fall with pumpkin and PA spirits.

Barley Creek Brewery & Distillery (Tannersville) – Enjoy pumpkins three ways at this Pennsylvania brewery and distillery. Pumpkin Spiced Rum is the latest distillery release. All of Barley Creek’s rums are made with molasses and organic sugar cane before being aged in American oak barrels. Pick up a growler of Pumpkin Ale and some Pumpkin Punch while you’re there.

Jersey Spirits (Fairfield, NJ) – The Garden State distillery has just released its Pumpkin Pie Hooch. The 40 proof liquor is just one of their interesting concoctions.

LBC Distillery (Nanticoke) – Lang Beverage Co. claims to be the smallest distillery in Pennsylvania. A claim that is probably hotly contested. Stop in for a bottle of their Pumpkin Pie Flavored Vodka and maybe a bottle of Apple Brandy as well. That sounds like a great Fall duo.

Maggie’s Farm Rum (Pittsburgh) – The seasonal Pumpkin Spiced Coffee Liqueur is the widest distributed of the pumpkin seasonals made by PA distilleries. You can of course get it at the Strip based distillery, but also at 131 Fine Wine & Good Spirits shops across the state.

Reading Distilling Guild (Reading) – For the third fall in a row, RDG has released its pumpkin spiced rum, Rumkin Pumpkin. Get it at the downtown Reading Tasting Room or at select liquor stores around the state.