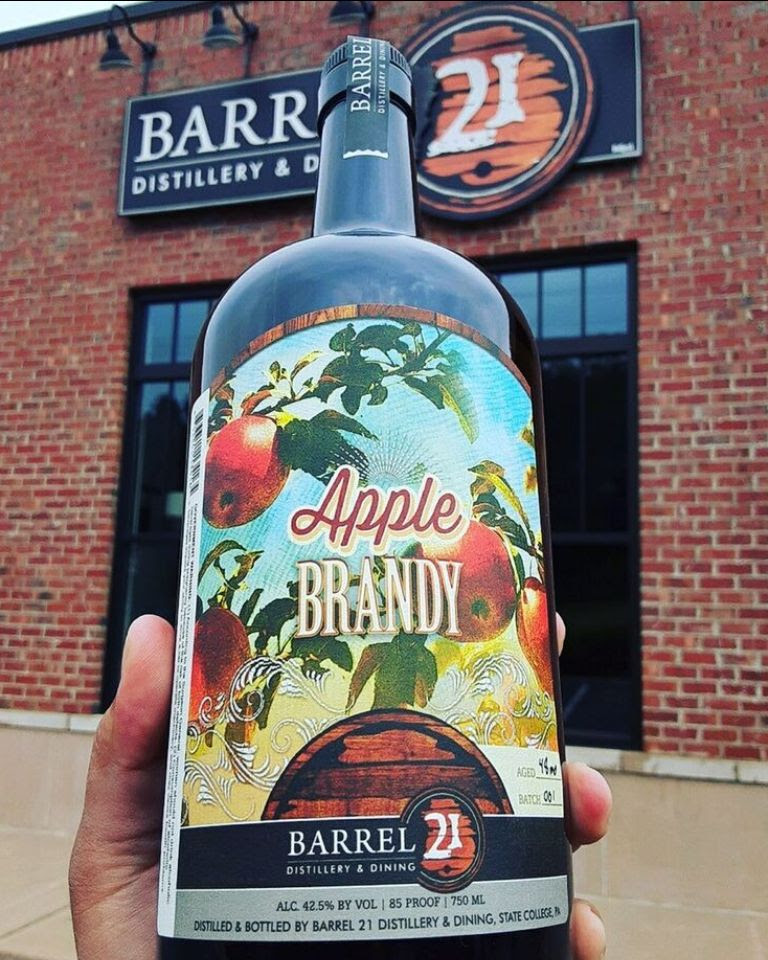 This Labor Day weekend, Barrel 21 Distillery in State College is releasing its most aged product to date, an Apple Brandy. The brandy has been aged for four years in used bourbon barrels.

This isn’t Barrel 21’s first apple product though. In fact the first product released to the public was an Apple Eu de Vie. Like the Eu de Vie, the Apple Brandy is made with locally sourced Keewaydin apples.

Pick up a bottle or two of the Apple Brandy this weekend and maybe a 32-ounce drink to go from Barrel 21 or Otto’s next door.