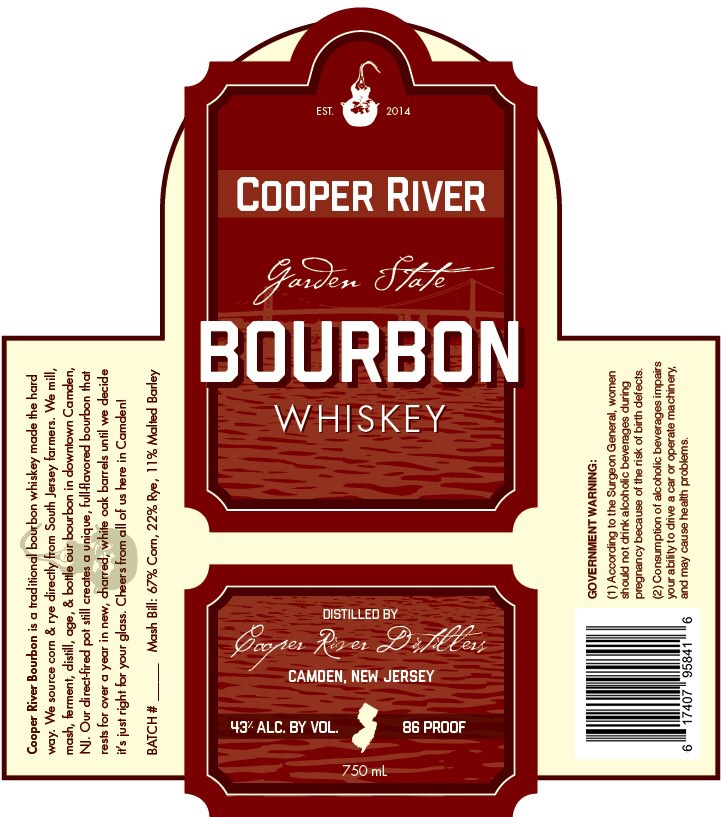 On Saturday, February 4th, Cooper River Distillers in Camden,  NJ will be releasing batch 1 of their Garden State Bourbon Whiskey.

The bourbon is made from corn and rye sourced from farms in South Jersey. The release will be accompanied by food trucks, live music and more fun.

The bourbon is aged for just over a year in 17 gallon charred white oak barrels from Kelvin Cooperage in Kentucky.

Batch 1 will be just 250 bottles and will be available at the distillery and at New Jersey bars and liquor stores. The first shipments will hit stores on Monday, February 6th.

A balanced, full-bodied bourbon – not overly sweet with plenty of spice and complexity from the rye grain and oak. Notes of vanilla, cinnamon, cloves and charcoal.

Find out more about the event on Cooper River’s Facebook page.